ASTG AB (now is KebNi) is listed on the Nordic SME Sweden, and is specialized in creating solutions for movement and stabilization, including satellite ground equipment for maritime and land.

Satmission will continue to engage with its customers as before. All existing contracts and commitment will continue without any change. ASTG will further strengthen Satmission with sales, marketing, technology, supply chain, customer service and additional products within Comms on the Move (COTM).

ASTG is committed to “Bringing Stability to a World in Motion” 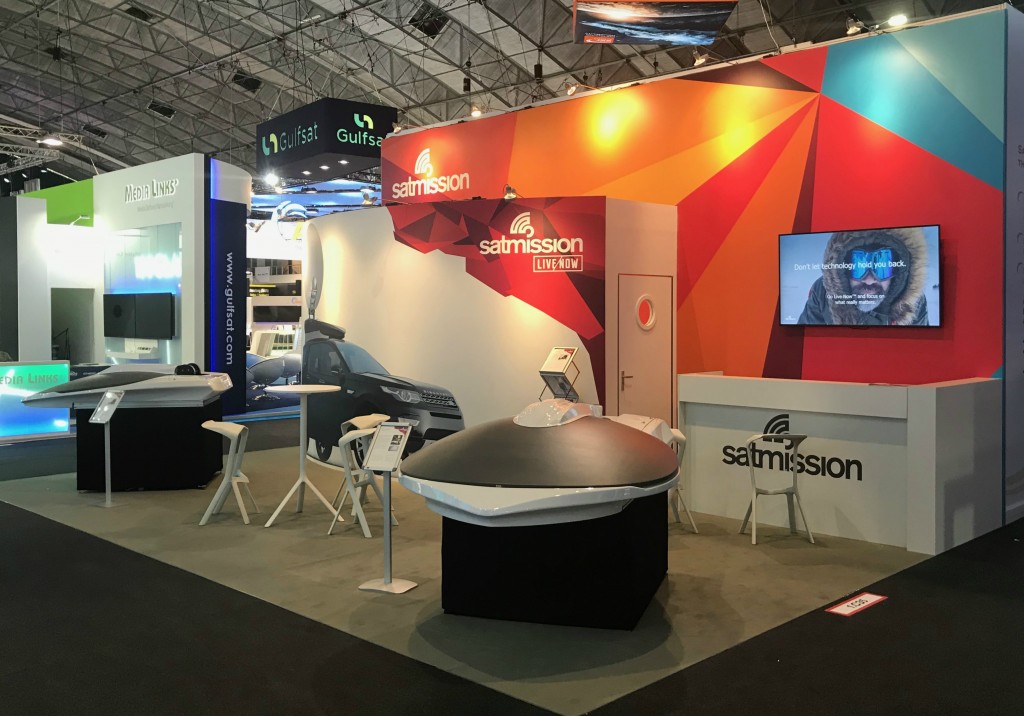 We would like to thank all visitors, customers and suppliers who came to visit Satmission at IBC2019, this year in a new booth located in Hall 1. It was a pleasure meeting you all and thank you for a great response to our SMP, SMV and SML antenna series, some of you even got a sneak peek of whats comming. Make sure to follow us here and on LinkedIn to get your updates. 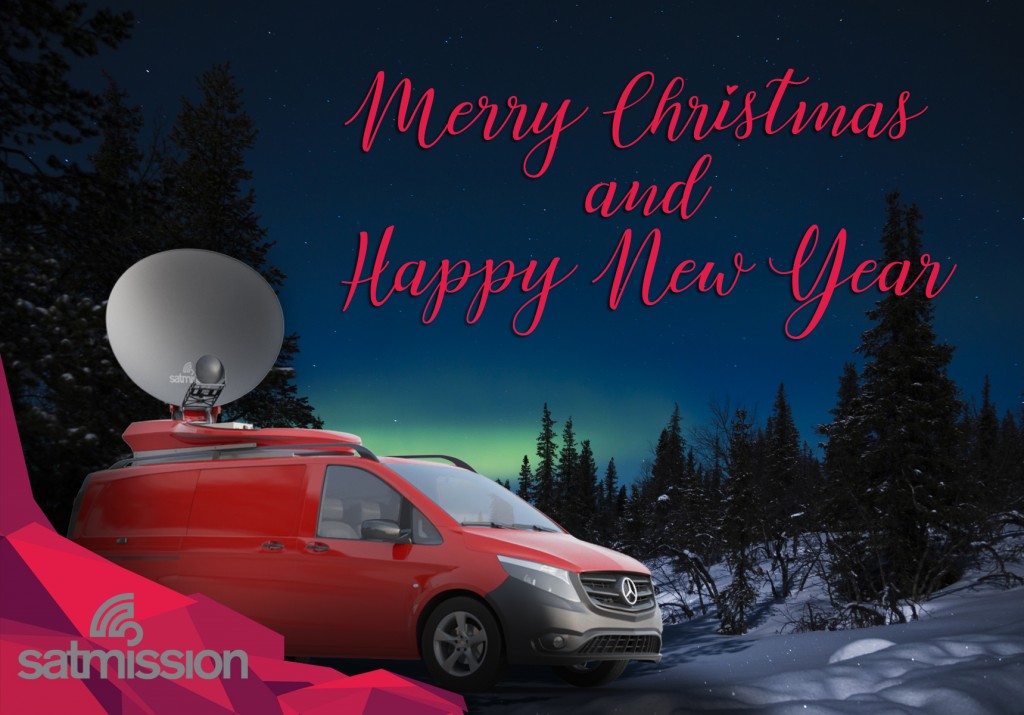 The Satmission team would like to thank all customers and partners for a great year and wish you all a Merry Christmas and a prosperous new year. 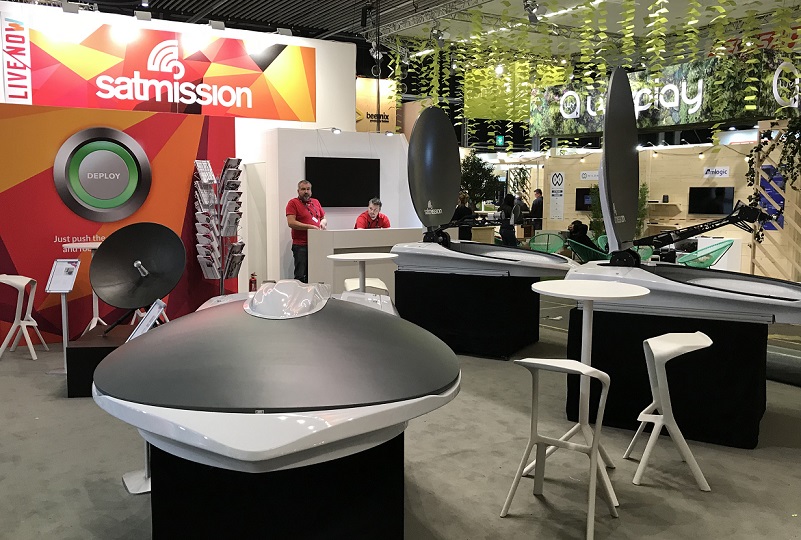 The team at Satmission would like to take the opportunity to thank all partners, customers and media for visiting our booth at IBC this year. We appreciated the time you spent with us and enjoyed the opportunity we had to show you some of our latest IP SNG and Broadcast antenna products.

Come visit us at IBC 2018 and the launch of our new Dual feed SMV 125 Ku/Ka-band DriveAway antenna. The new antenna strengthens our Live Now™ concept which include a complete international range of services and products for mobile live broadcasting.

The exhibition opens at 14th September and you find us in Hall 5, Stand 5.A23. 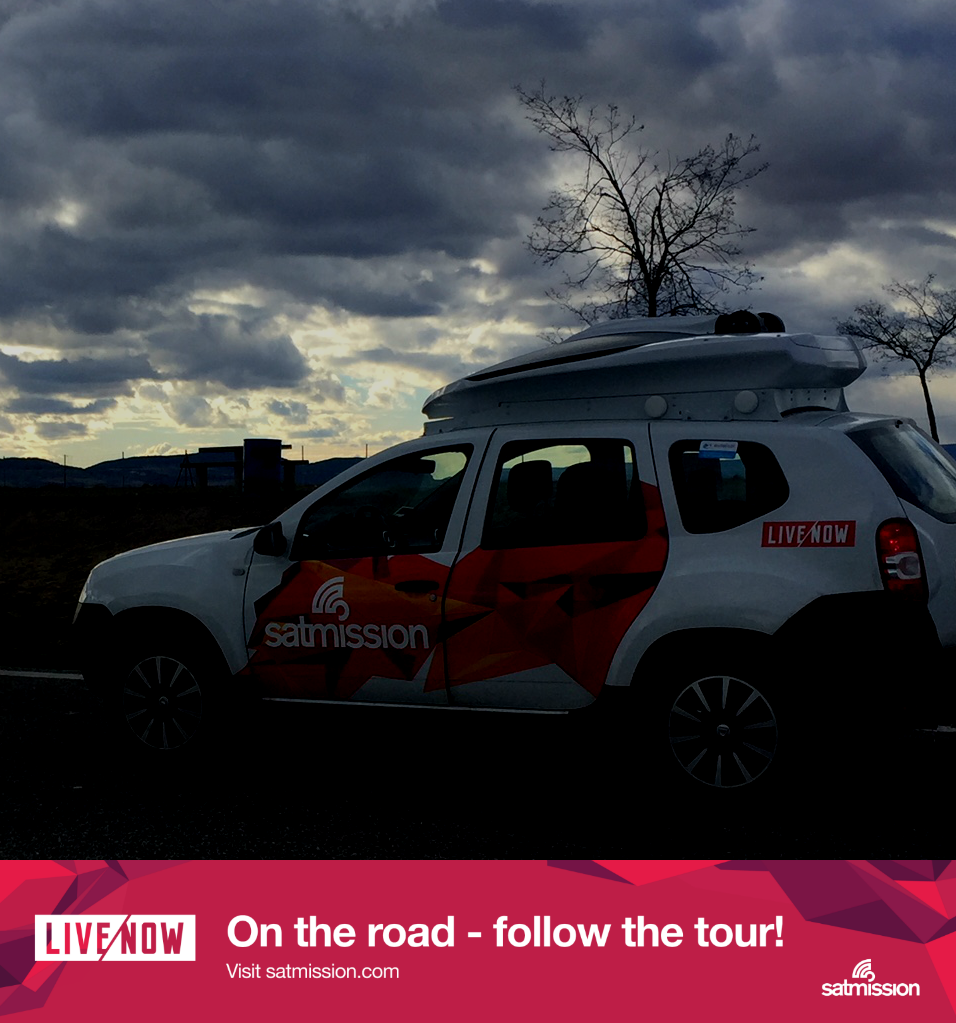 We are back on the road continuing the Demotour 2018 down thru southern Europe.

For more information on the tour or to book a meeting contact us at sales@satmission.com 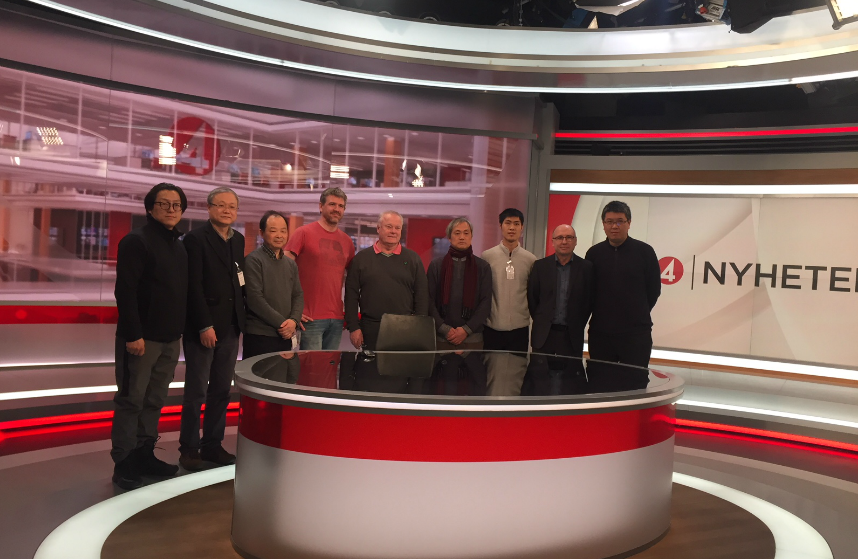 Our Chinese partner New Digital Technology Holdings Ltd visited Sweden together with one of our customer, Zhejiang TV. Among others, they had a chance to visit the Swedish TV channel TV4.

Come meet us at the Broadcast Innovation Days Nordic 2018.

We will be demonstrating  the latest updates on our products and our hybrid IP vehicle will be onsite for demos and Live transmission from the event. The ease of use One Button solution concept for Live transmission over any network, individual or bonding depending on your demand at the time.

If not attending this event, you can always follow us Live   END_OF_DOCUMENT_TOKEN_TO_BE_REPLACED 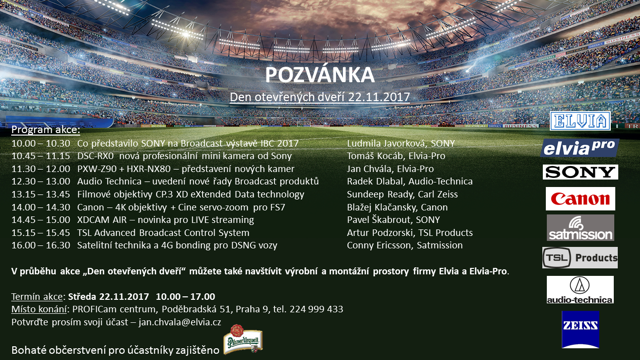 After successful first weeks of the Satmission Demotour that was starting up in October with the Monitor Roadshow in Malmoe, Gothenburg and Stockholm in Sweden, we continued with having a chance to display the IP vehicle at the Danmon Group´s open house in Kista, Stockholm where a number of the major brands in the Broadcast world were represented.

The demotour went on with stops in cities like Copenhagen in Denmark,  Cologne,  Frankfurt and Stuttgart in Germany,  Brussels in Belgium where we where given the opportunity to meet up with the major Broadcasters among others.

Satmission are now being delighted to be given the opportunity to participate and display in the next event coming up the 22nd of November at Elvia Pro´s  “Open Door Day“ in Prague, Czech Republic, where also the leading brands in the broadcast business is displayed such as Sony, Canon TSL Products, Zeiss.

The event is carried out and hosted by Elvia Pro, Czech Republic.

At the event, Satmission are among other showing transmission with the Satmission Livenow IP vehicle including the Eutelsat Approved Ka-Band Antenna/4G/Bonding,

Elvia Pro is also displaying the Czech TV vehicles planned and implemented by Elvia Pro with the Satmisson Satellite Systems SMP155 Drive away antenna integrated to the vehicles.

The LIVE / NOW tour was truly an adventure. Across Europe ending up at the IBC exhibition 2017. We would like to take the opportunity to thank all partners, customers and media for the attention. The real work starts now. Get in touch and we will spark your interest even more!